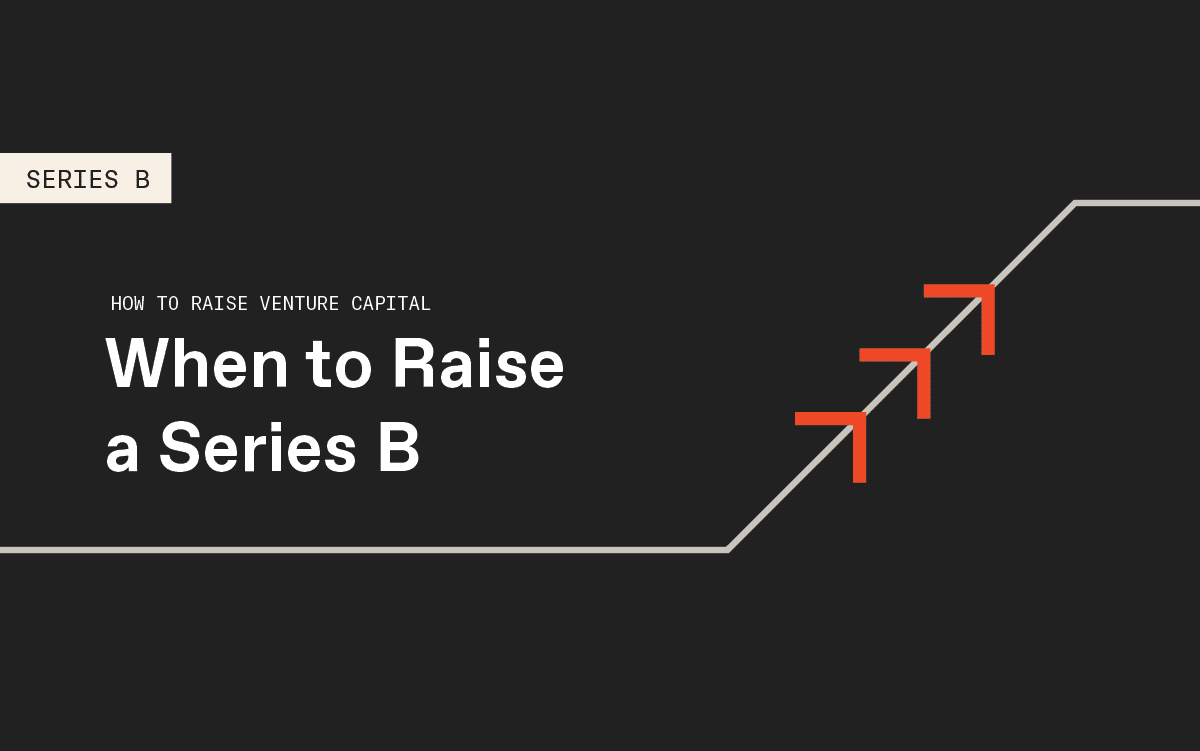 When Should You Raise Series B Funding?

Well-established companies ready to take their success to the next level often embark on the second round of funding, or otherwise known as Series B. Unlike seed rounds or Series A, Series B focuses more on accelerating momentum than putting the wheels in motion. However, it’s still tricky getting the timing perfect, let alone the execution. Teaming with Kevin Leonard, Senior Associate at MissionOG, here’s a closer look at Series B, what to expect, and how to avoid pitfalls along the way.

About Series B Rounds

From recruiting the help of family and friends in seed rounds to launching Series A rounds, companies ripe for Series B rounds aren’t new to the game. They know what they’re doing and are reasonably savvy in the world of investing. More than anything, they’ve proven their worth and credibility to investors and customers alike.

Using the capital raised in other campaigns, these companies have established a stable customer base and nurtured professional relationships. Unsurprisingly, their valuations tend to reflect this level of success accurately. Companies ripe for Series B rounds have valuations between $30 million and $60 million, with $58 million being the average. However, meeting the demands of a more substantial customer base — growing from 100 customers to 1,000, for example — requires deeper pockets.

That said, $7 to $10 million is the average capital raised in a Series B round, although many campaigns reach above the $30 million mark. These funds aim to support talent acquisition, business development, sales, product development, marketing, employees, technology, etc. 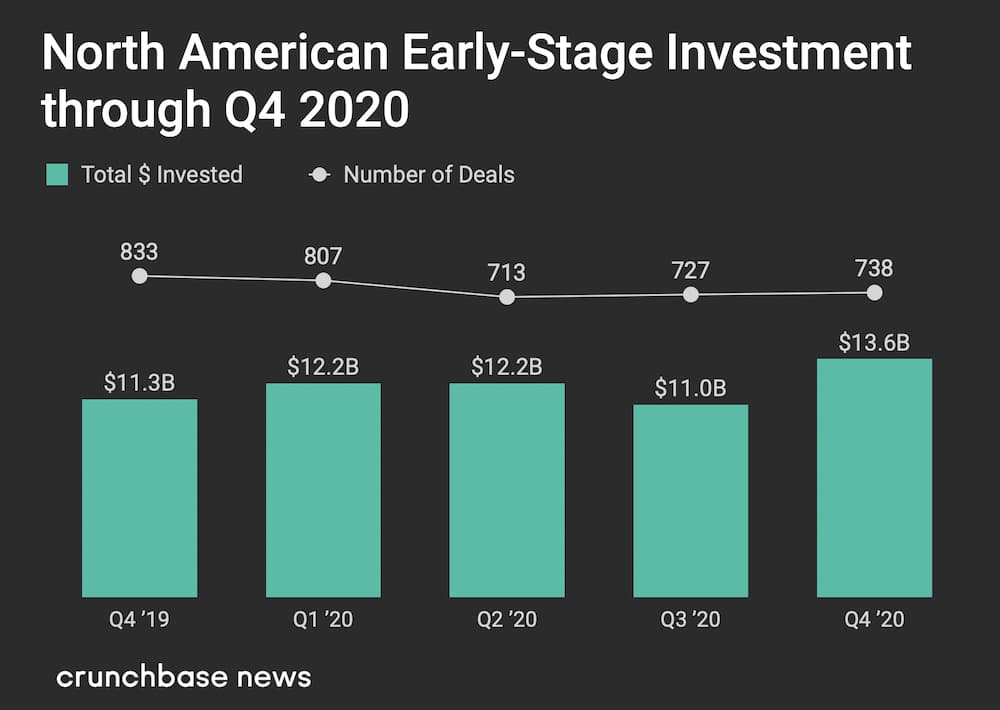 Additionally, a large portion of the capital raised supports expanding into other market segments and experimenting with various revenue streams. However, the most substantial expense is undoubtedly hiring new talent, which can be expensive. Think of it this way; the “B” in Series B is for Build.

Although Series B rounds are considered early-stage or mid-stage, late-stage venture capitalists (VC) typically jump aboard these campaigns. This approach makes sense as the next logical phase are Series C rounds and potentially an initial public offering (IPO). Plenty of significant VCs invest in Series B rounds, including Google Ventures, Khosia Ventures, New Enterprise Associates, etc.

Hundreds of entrepreneurs have learned the hard way about diving in headfirst. Fortunately, this lesson tends to stick with professional people down the road. Before starting a Series B round, your best approach is to acknowledge your present and prepare for your future. This firm footing makes for an excellent launch pad. Here are a few tips to get you started.

Series B rounds often attract late-stage investors. This attraction only makes sense as other campaigns or an IPO will likely follow in the years to come — which hopefully equates to profit for all players. It’s often better for VCs to involve themselves early on in the process.

However, avoid discounting Series A investors. These VCs frequently play a significant role in the second round, too — but more in terms of reputation. Although Series A investors are vital to you in the early stages, they likely won’t be alongside you during an IPO. Instead, crossover investors will take on that task, but it doesn’t make those initial investors any less essential or valuable.

A Series B round is an excellent opportunity to forge new relationships with investors and nurture connections that have been around for a while. It’s a balancing act, being fair to old investors, and recruiting new ones simultaneously.

When a Series A round goes incredibly well, many company owners let relationships with investors go stale. In other words, they stop making an effort to keep them updated, in the loop, or merely on their radar. Plenty of owners believed they were doing the investors a favor by not “bombarding” them with information — but that’s far from the truth.

No doubt, investors want you to hit all your milestones. Most of the time, though, they also want to talk with you about the partnership regularly. Whether it’s a visit to their office, a monthly afternoon coffee, or a video chat, keep your initial investors involved.

No matter how your business is doing, individuals who played a significant role in its founding typically want to remain a spirited part. Remember to nurture your professional relationships with respect and gratitude.

It’s not only first-time meetings that make a lasting impression in business; it’s every meeting. The way you present yourself in discussions with investors — old or new — sets a tone for every encounter after that. The bottom line is to think of meetings as an opportunity, not merely a task to check off your to-do list.

Honestly, meetings are no one’s favorite activity. And sometimes, you’re not at your best self during a funding round. It can be a demanding time, after all. However, make it a priority to challenge yourself regarding how you come across in meetings. The way you present yourself at meetings with investors is crucial to your success.

Before high-growth companies launch the second round of funding, investors want to see them meet various milestones. Instead of defined metrics and parameters around revenue or KPIs, many investors in this stage tend to take a deeper dive into a company’s inner workings. Kevin Leonard of MissionOG pinpoints four “metrics” that most investors will be hoping to see — these milestones are often mandatory to secure a deal.

1. Completeness of the Team

Startups typically have a hard-working team at the helm, filled with plenty of grit and gusto. It’s a lot of go, go, go 24/7. After the initial seed rounds and Series A, though, company focus and strategy often shift significantly. These changing dynamics only make sense as a team broadens the customer base, matures products, and disrupts new markets.

Launching a Series B round, as mentioned, is about pouring gas on an already existing fire. This type of funding accelerates scaling and growth. That said, investors want to verify the completeness of your team, according to Leonard. Do you have the right team in place to support strategic growth? The right team can take your business to the next level, but misplaced talent or energy will only slow down progress.

Companies must carve out a secure niche for their products and services at this point in the game. The management team requires an in-depth understanding of the market and how to disrupt it. Without this knowledge and experience, progress in commercialization is unstable.

Investors want to reduce market risk during a Series B round. Leonard believes companies with a clearly defined and proven methodology will appear more attractive than those with merely a bright idea or high hopes.

Along those same lines, a company’s economics should support the ability to scale up. It’s not only the team and their proven advancement methods; money matters too. Perhaps your team has all the know-how to disrupt the market, but can your financials support it? Or, as Leonard puts it, how is your ability to scale profitability?

As in an earlier example, expanding from 100 customers to 1,000 is a giant leap. Before the funding round, your ability to scale to 1,000 should be evident in how you initially handled the 100 customers. A Series B goal is to widen the base, preparing the foundation for accelerated and upward growth.

Naturally, investors want to review company growth year-over-year (YOY). Typically, Series B VCs like to see the company growing at 50% or more YOY Leonard says. This goal might seem somewhat hefty, but meeting this milestone isn’t such a tall order when the above three parameters are in place.

Remember, investors have a radar for proven records. This aspect is the most significant difference between Series A and Series B. Big ideas and brilliant go-getters will spark a Series A fire, potentially launching a business onward and upward. However, company history weighs in a little more during a Series B round — and nothing displays history like company growth.

Before launching any funding round, it’s essential to prepare the materials you’ll be needing during the process. It’s not unlike running your business — most things take longer than expected. Still, one key to a successful funding round is to handle your Series B as meticulously as you do your business. The challenging part is that a round is usually a race against time but resist the temptation to cut corners. Here are a few items of consideration.

Your pitch should convey how your product or service will successfully perform in a broader market. Also, the pitch convincingly communicates the stability of your leadership team. What’s winning about your team and product or service, after all?

We cover details about what your pitch deck should include in a previous post. However, remember to keep it direct and straightforward — complexity can kill a Series B early on. Use storytelling aspects to sell your pitch and tell your business story. An excellent narrative combines data and facts to paint a picture of many long-term prospects. A pro tip is to test out your Series B pitch on industry outsiders. If you can communicate your message to them, investors will likely “get it,” too.

There are many moving parts in a Series B round, so it’s vital to pick and choose the data you genuinely need to pass on. Presenting a massive whitewall of metrics won’t typically dazzle investors. Instead, impress VCs with clear information and data you use to track your business. Most investors want to see that you have a steely grasp of your unit economics.

Naturally, displaying your company’s benchmark will save potential investors from doing it themselves. For example, present them with your growth stats, sales proficiency, customer retention, and burn rate. This data confidently conveys your company has done its work and has a clutter-free path to continued hard work.

Many founders are caught off-guard by how quickly investors will cast judgment on a management team. Many VCs will know whether they want to invest in a specific company in a few mere meetings. Keep in mind; Series B investors approach involvement much differently than Series A investors – even if the firm invests in both rounds.

Series B investors take a straightforward approach by betting on companies with strategic management teams. They’re looking for more than enthusiasm or aspiration. A qualified team is already putting its successful marketing skills to good use. Plus, investors want to see that every senior manager is an industry expert.

How do you prove that you have a strong management team? Let investors in on your hiring history. From inception to a Series B, investors hope to notice a hiring trend. It would be best if you were attracting talent and have the goods to retain that talent for the future. 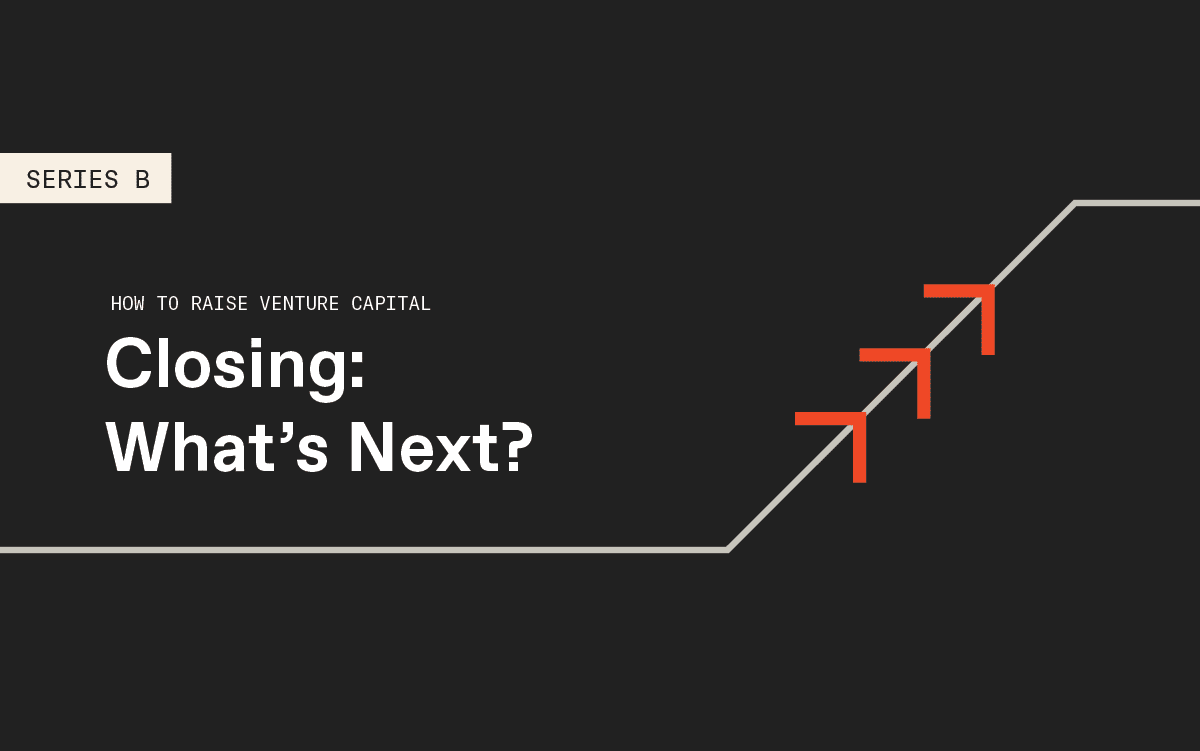 Closing Series B: What’s Next?

With new products, team members, goals, and expectations, your daily operations are undoubtedly going to change. What should founders expect? 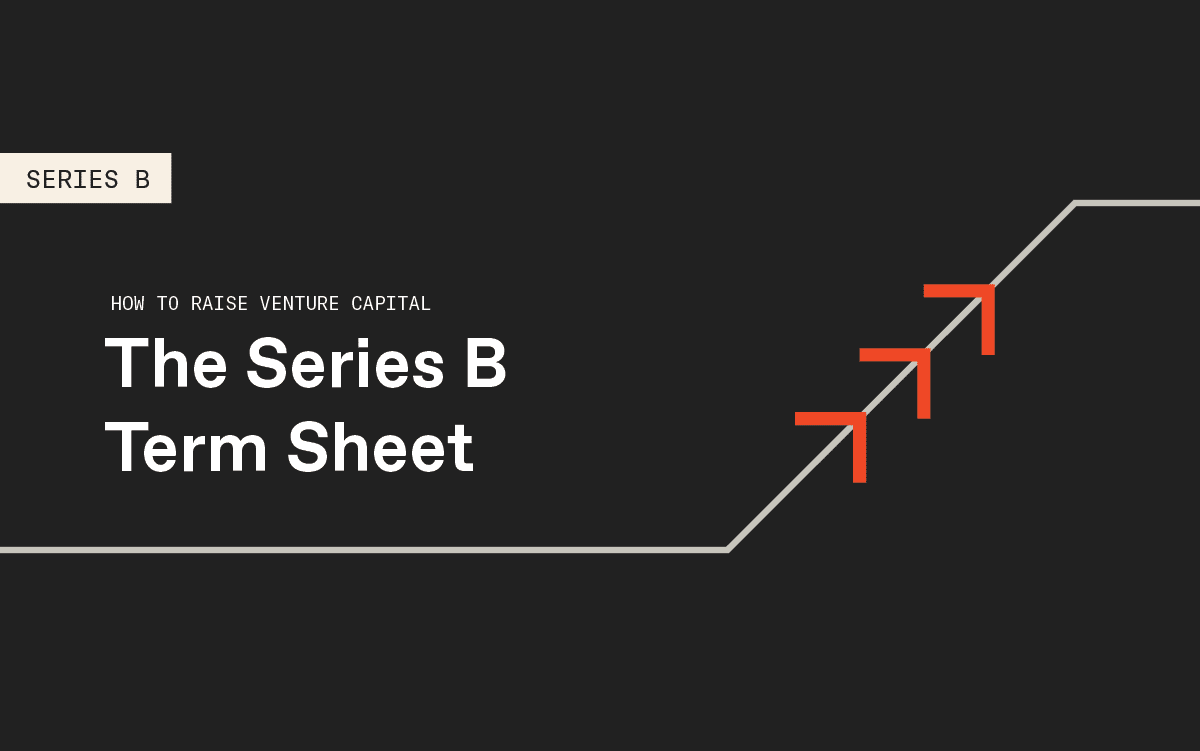 Getting the Series B Term Sheet Right

Typically, the Series B term sheet process is relatively straightforward — but it has its nuances, too. Here’s our guide to getting it right. 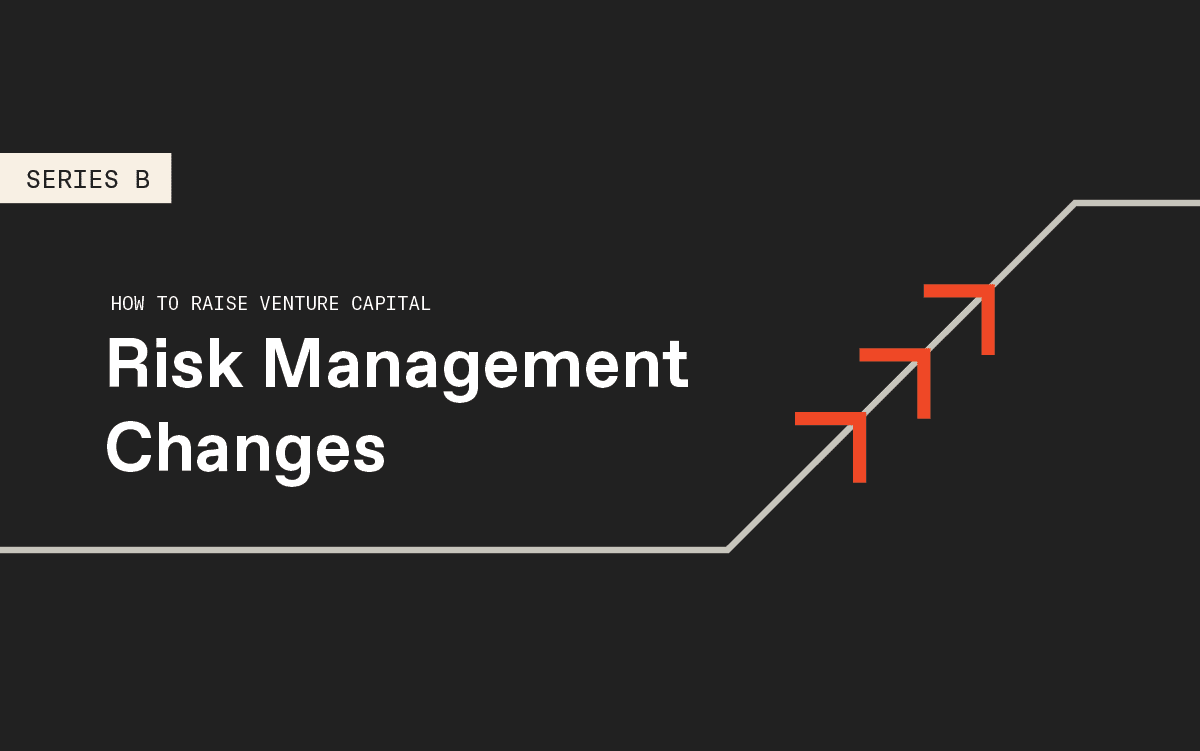 Series B shifts your business’s goals to a laser-focused vision of strategy. Your risk management approach must change to keep pace with your company’s new momentum. 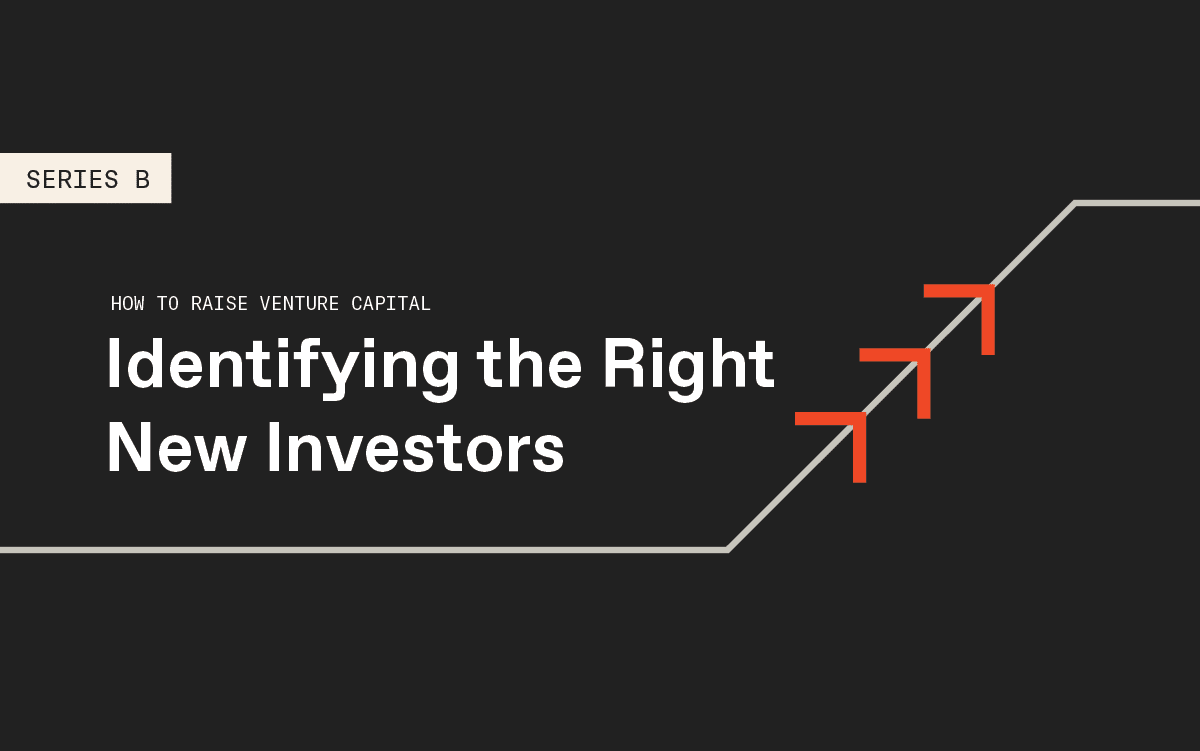 Since a Series B round is often somewhat different from a Series A, we look at finding, evaluating, and recruiting new right investors for your second round of funding