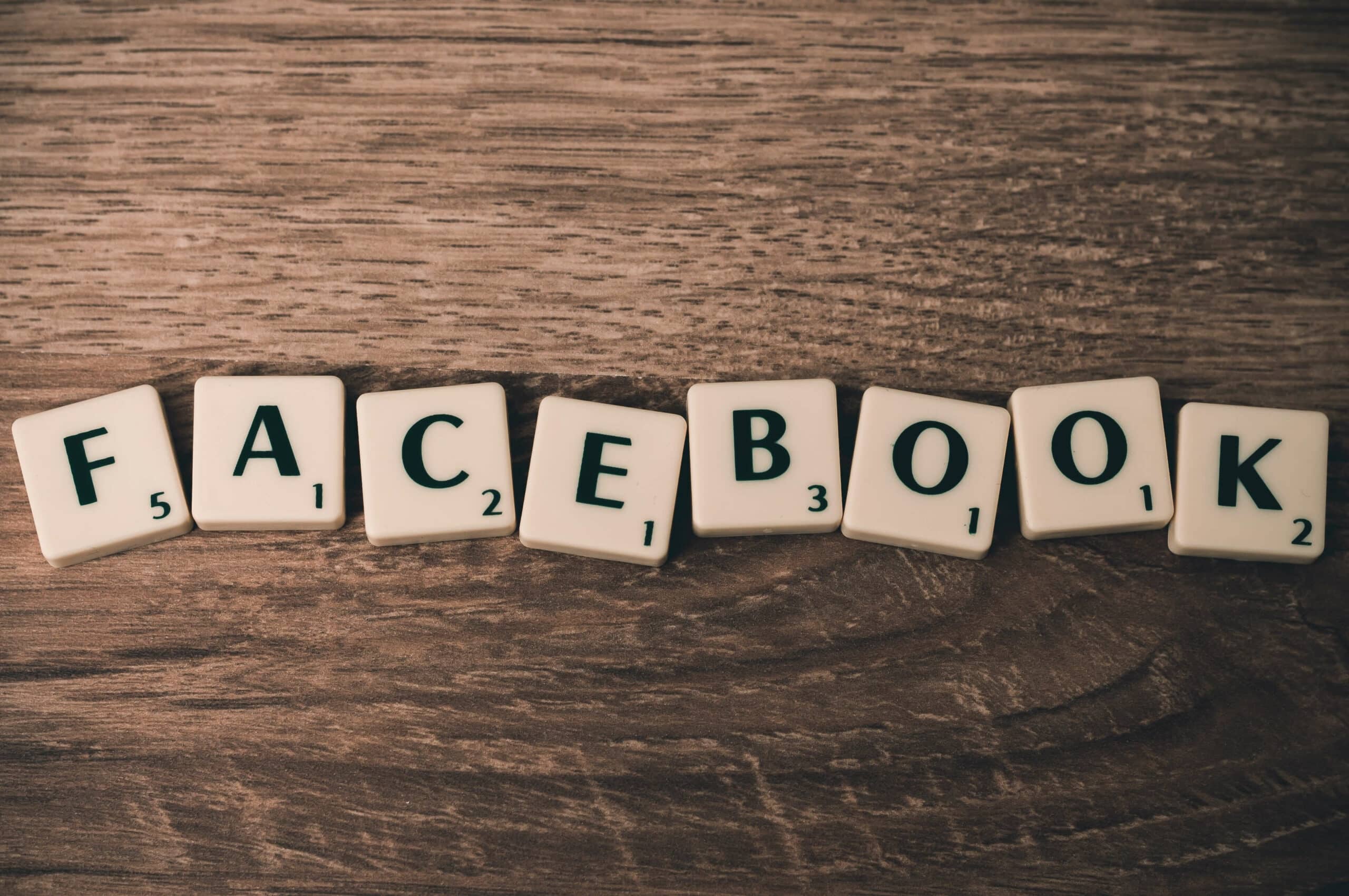 Tech companies exist to change the way the world works, but innovation doesn’t happen in a vacuum. In order to create, you need tools, plans, and materials. In order to disrupt, there needs to be some flaw or gap present in an existing creation. It requires that, to some extent, you use the work of others in order to make something new. Perhaps this is the reason that new patent litigation proceedings increased by more than 150% over the past six years. As the tech revolution continues to boom, so too does the number of intellectual property lawsuits. And with the number of patent and trademark applications hitting an all time high in 2014 both in the U.S. and globally, there is no sign of the number of in-force patents winding down any time soon.

What this means for you as an innovator is that by taking a shot at changing the world, you are also walking into a minefield of patent litigation. This is hardly the first thing on the mind of an entrepreneur but it is a crucial fact to take into account. All inventions are derivative to varying degrees, but when the holder of a patent feels that you have gone too far and encroached on their intellectual property rights, the possibility of expensive litigation becomes very real (regardless of whether or not you even knew the patent existed). When that patent-holder is a corporation with deep pockets, the severity of the potential threat multiplies.

Who should be concerned?

If you are a tech company, you should be concerned. It’s as simple a that. Tech companies are targeted more than any other industry in intellectual property lawsuits. Part of this has to do with the tech boom that has been happening (arguably) since the 1990’s. It means there is a lot of visibility into — and a lot of money changing hands within — the industry.

But it is also the relatively low bar required in order to make patent infringement claims on a technology product. Consider Apple’s 2012 claim against Samsung. The iPhone and the Galaxy are two insanely popular and profitable products. That means that when Apple made the claim that Samsung infringed on intellectual property rights by designing a rectangular phone with rounded corners, the stakes were huge. And because of the nature of patent law, the courts had to act regardless of how absurd the idea might seem to a casual observer that a “phone-that-doesn’t-draw-blood-when-you-sit-down-the-wrong-way” design could be legally monopolized.

When the patent involves something less concrete than a physical design, the barrier drops even lower. Mobile payment processors are a good example of this. This is not a shape or circuit configuration that can be sketched and subsequently defended by simply looking at it. It is an abstract. Moreover, it is an extremely popular abstract that is being explored by numerous firms right now. It should come as no surprise then that the various elements that go into “mobile payment processing” are prolific sources of intellectual property lawsuits and patent infringement claims right now.

The Damage of Intellectual Property Lawsuits

Complicating the issue is the fact that awards granted in these trials are highly variable, so planning ahead for legal action like this becomes difficult. And while a settlement is possible in these situations, they are by no means a required end-game for any intellectual property lawsuit. Plaintiffs will often drive the claim all the way through trial to decision. Included in that decision is a possible award for damages, in which case you could be on the hook for theoretical revenue lost by the patent holders as a result of the infringement.

Further complicating matters is the fact that courtrooms are filled with frivolous intellectual property lawsuits. There is nothing stopping someone with a patent from filing a lawsuit against you if they were make even the most tenuous connection between your ideas. The result of the trial may end up being be a dismissal, but before you reach that dismissal you are going to have to deal with the stress and expense of mounting a legal defense.

But who has the time to sit around filing frivolous intellectual property lawsuits all day? The answer is a certain group of companies known to the legal community as “non-practicing entities” (NPE’s). Of these NPE’s, some of the more notorious actors are known by another name…

Named after the bridge-guarding monster of children’s fairy tales, these companies hoard intellectual property, demanding fees and launching lawsuits against anyone who comes near.

Trolls obtain these patents in a number of ways, one of the more common being through purchasing them from financially distressed companies. In a last ditch effort to save their company, the owners of some tech companies will sell off their intellectual property on the hope that it will help them pull out of the nose dive. After years and years of tech companies going bankrupt, some of these Trolls have cultivated immense libraries of obscure patents that cover countless innovations which they subsequently monetize.

Patent Trolls are now the driving force behind IP litigation in the US. One study by PwC determined that patent trolls initiate 67% of all intellectual property lawsuits in the U.S.

Think about that for a second.

These companies, which have absolutely nothing to do with the creation of ideas or the advancement of society, make up the vast majority of all litigants in cases that are based on laws designed to protect our society’s idea creators. Patent Trolls exist for the sole purpose of generating profit through the accumulation of massive portfolios of intellectual property. With these portfolios in hand, they sit back, collect licensing fees, and initiate lawsuits against anyone who threatens their position. Some seem to have models based on the theory that sheer frequency of allegations will eventually lead to a win. These efficient lawsuit machines take legal action when something even vaguely resembles the intellectual property outlined in one of their patents. At some point, one of these lawsuits will stick and then the Troll can bleed the defendant dry.

Whether you like them or not, Patent Trolls exist. Eventually, the proverbial fat goat that is the U.S. Congress may kick these companies off the bridge (that’s an actual proverb, not just an insult), but for the foreseeable future they are a reality of which every tech company must be aware.

More often than not, it is tech companies who are targeted by intellectual property lawsuits and who end up paying dearly. But as was the case with car accidents and floods, if terrible things happen enough times, an actuary will eventually figure out a way to make them profitable for an insurance company.

Perhaps out of the “bad” that is the Patent Troll industry comes some “good”: Ever the lesser of two evils, insurers offer products that can protect you from Patent Trolls and other claimants who seek to take you to court for ideas that may very well be rightfully yours. Of course paying premiums and dealing with long contracts is never fun, but rest assured that shuttering your company because of a cripplingly expensive lawsuit is a whole lot less fun.

These insurance policies offer a broad range of intellectual property protection, including patents, trademarks, and copyrights. It protects the company and its executives who are named in intellectual property lawsuits by paying legal fees — that means lawyers’ bills, judgments, and settlements. They will often cover loss of profit due to an infringement claim-related business interruption. Some policies will go even further to offer coverage that protects you in the event that someone else infringes on your intellectual property rights.

A good first step would be to get in touch with an insurance professional who can take the pain out of the process and set you up with a policy that is specially tailored to protect you, your company, and your work. 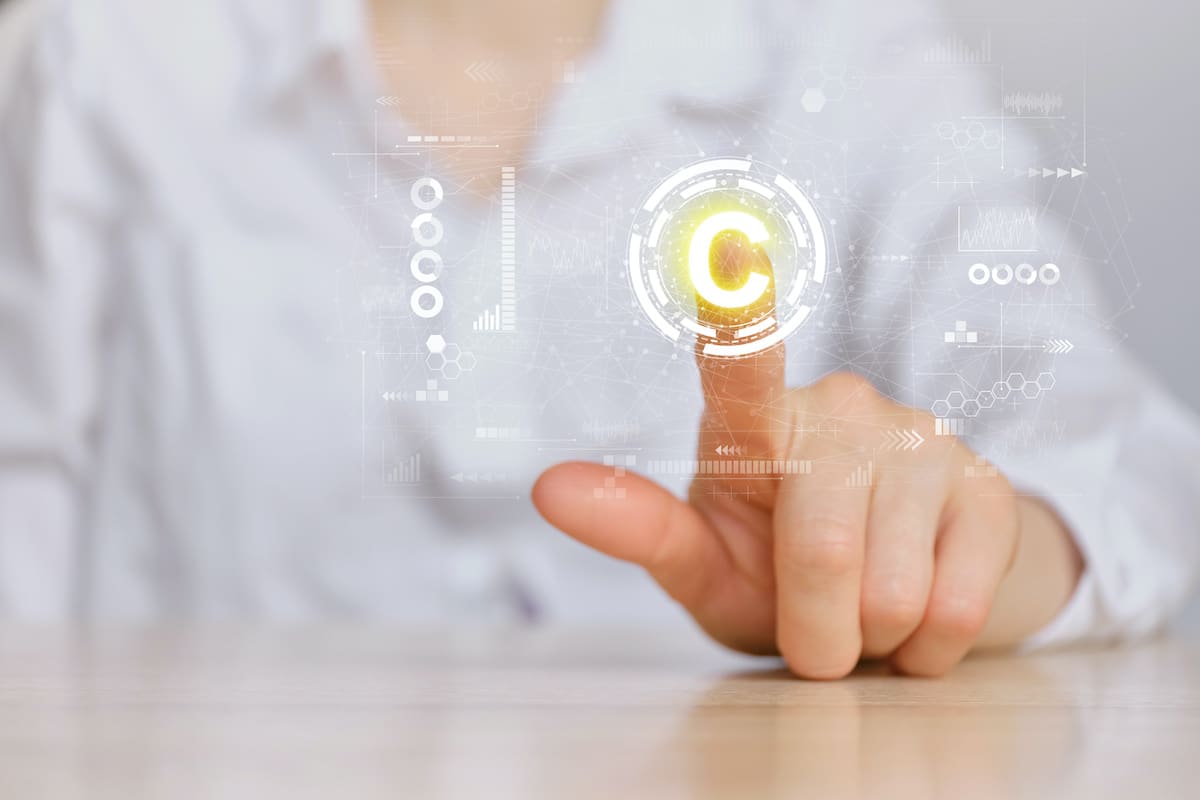 COVID-19 is shaking up the economy — but how does this impact IP insurance risks? Here’s a closer look for small and mid-market business owners. 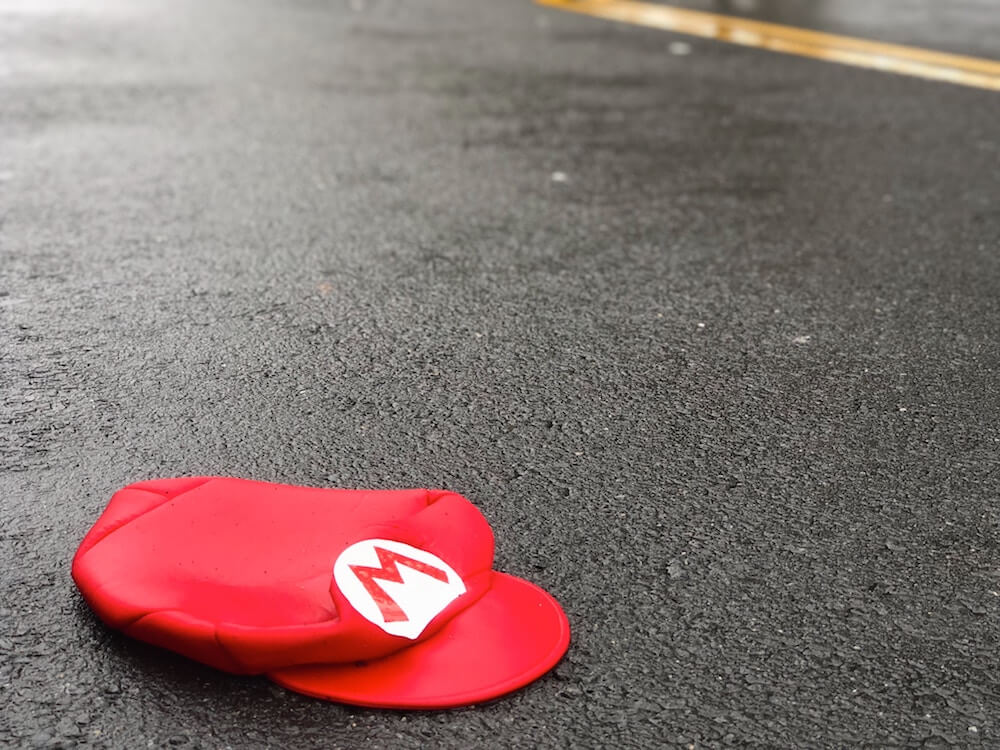 Who doesn’t love video games? Okay, they might not be everybody’s thing but it’s also hard not to be impressed by how powerful the technology is inside gaming systems your little cousin uses after school. Well, according to one 2013 suit, Nintendo stole one of the pieces of this technology from somebody else. But the party 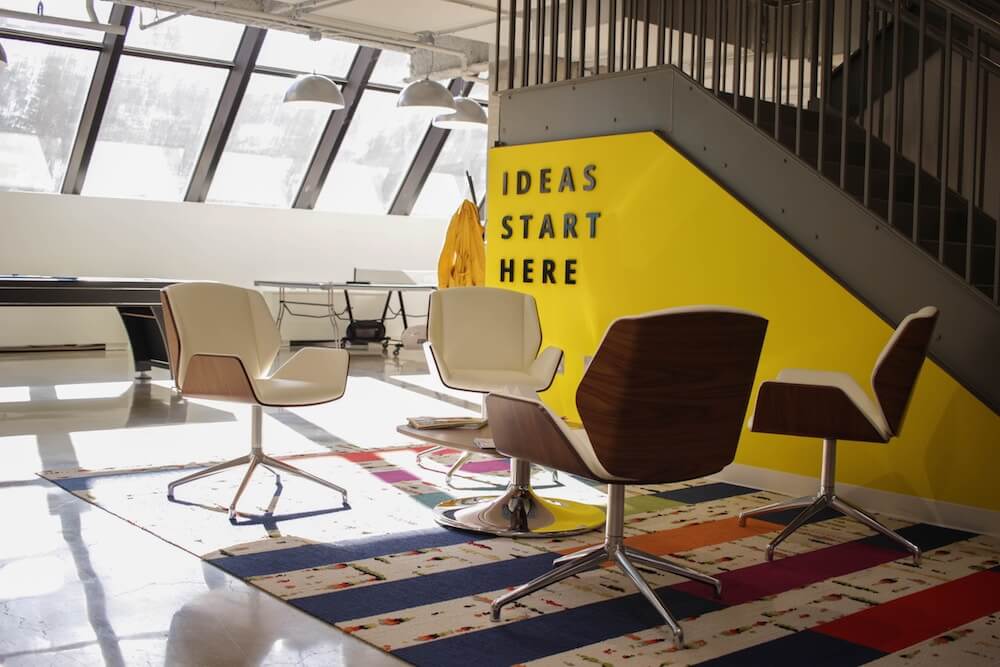 The 3 most important facts about IP insurance for startups

Too many companies ignore one of the most common legal risks out there: intellectual property (IP) infringement. In past posts, we’ve talked about the high frequency of IP litigation as well as the dangers posed by patent trolls. But let’s keep it simple — what do you need to know? There are a few important 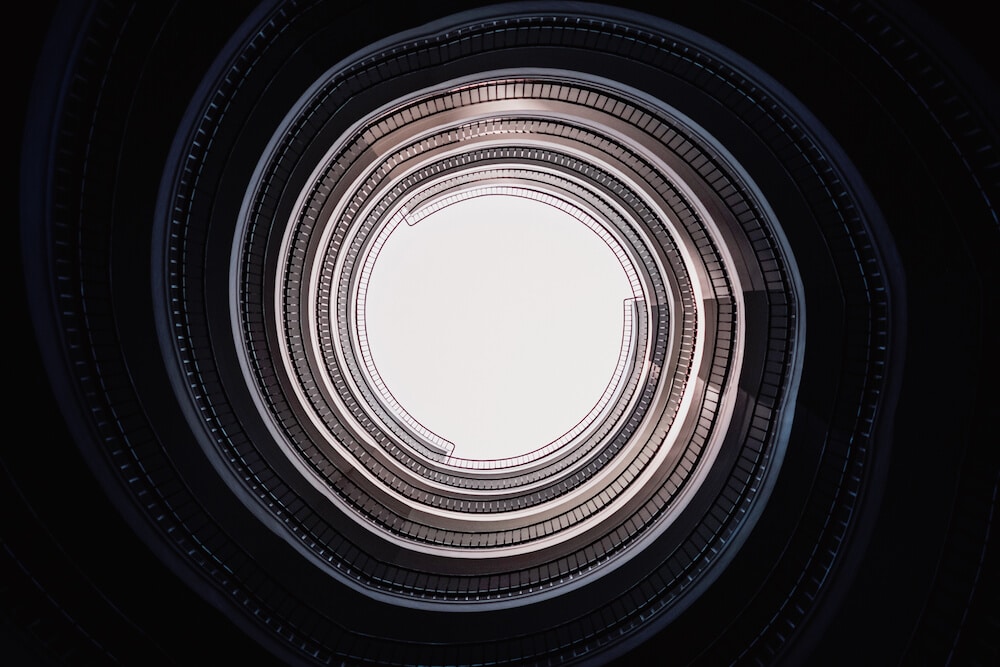 Key fintech insurance polices you need to know about

Rest easy…your fintech insurance answers live here It is not a secret that the fintech industry has experienced significant growth over the course of the last 5 years. $9.4 billion dollars was invested in fintech companies in Q2 of 2016 alone. Whether it is the sheer size of investments, growth in revenues, or other KPI’s, So what exactly is the value of an idea? These days it can make or break your business.   There has been a 71% increase in patent lawsuits over the last 6 years. There was a mind-blowing number – 2,754 to be exact – of patent infringement lawsuits filed in 2015; for which the 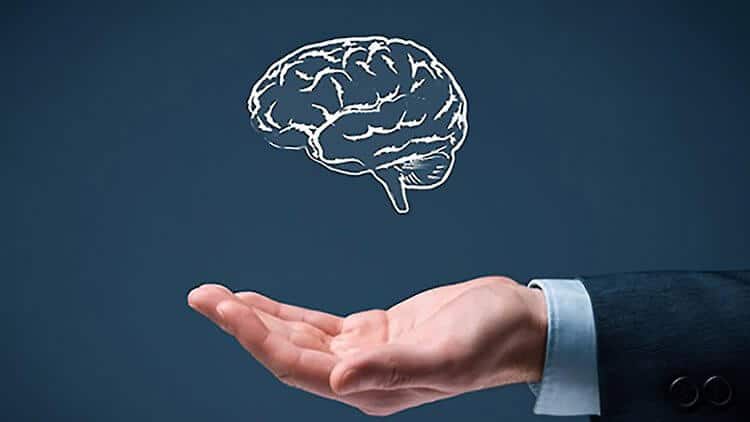