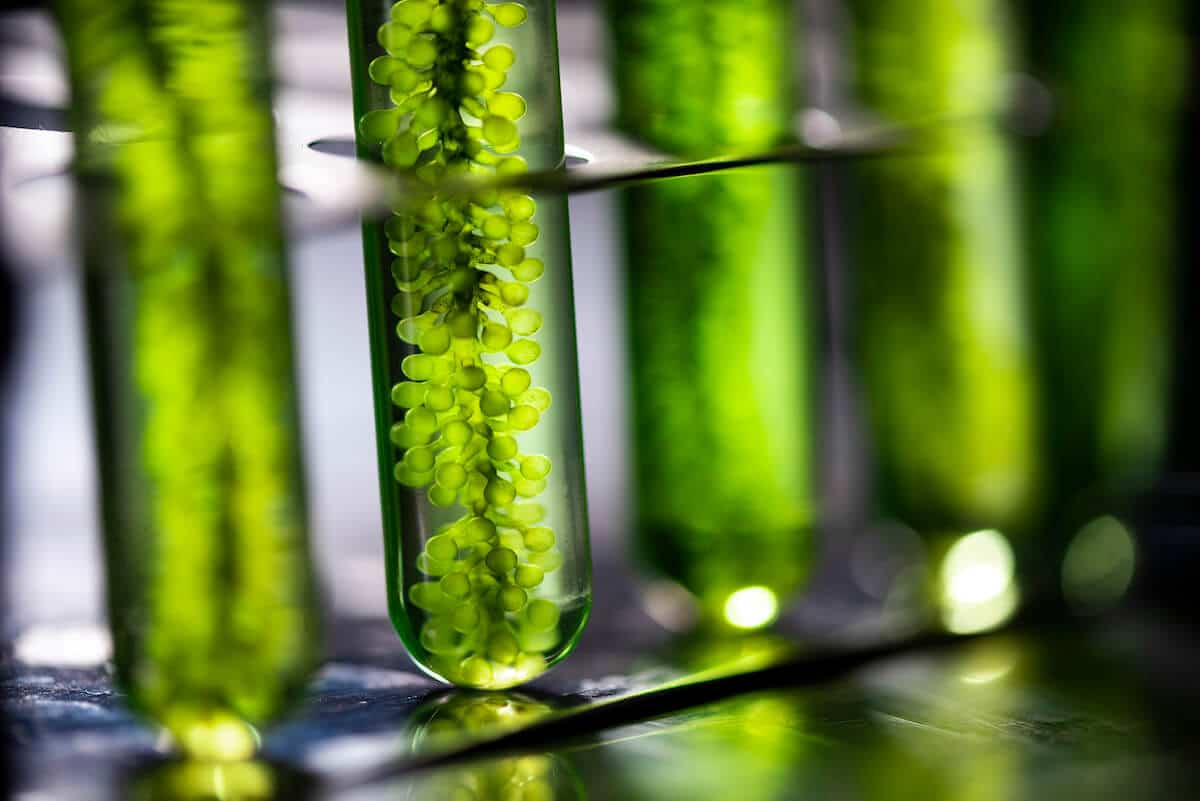 Biotech Risks – The Numerous Challenges of This Rapidly Developing Sector

For decades, biotech has focused on the manipulation of living organisms. Never before, though, has a science-based sector faced such unique challenges as in the twenty-first century. Here, we’ll review this fascinating industry along with the risks it faces in the modern world.

Overview of the Biotech Industry

Farmers have manipulated agriculture and livestock for thousands of years. It’s no surprise then that discovery and development are the primary goal of each of the four biotech markets, including:

Navigating the Legal Climate of Biotech

Plenty of legal issues surrounding the biotech industry are cause for concern with those involved in the space. Furthermore, each legal layer or apprehension indirectly contributes to the complexity of this market. Vulnerabilities abound, and yet, players tend to weigh their options differently than in any other industry.

As the gatekeeper to the biotech industry, the US Food and Drug Administration (FDA)   has earned a reputation of being “the most stringent in the world.” That said, the FDA is the main regulatory body, requiring compounds to pass a rigorous clearance process before biotech companies release them to the US market.

Although the FDA reviews thousands of compounds each year, it doesn’t monitor a drug’s process alone. Instead, this federal agency consults dozens of experts on numerous advisory committees for more in-depth drug safety information. As a result, the FDA is famous for its ever-changing requirements and regulations.

Five out of every 5,000 compounds discovered in pre-clinical trials ever makes it past the first few phases of the process. Of those five compounds, one is granted FDA-approval status.

In addition to strict clearance procedures, the pipeline — the pathway from initial scientific discovery to market release — is incredibly lengthy. For example, the average start-to-finish timeline for a new drug is 14 years.

However, the chatter of fast-tracking new or repurposed drugs is circulating more and more. With novel viruses posing a worldwide threat, the FDA-drug approval process is being challenged. One example of this is the UK-based healthcare startup, HealX, that set a record by developing a drug for Fragile-X in less than 18 months.

Although this rapid development isn’t standard, it does offer a reason to believe that a faster FDA-drug approval process is possible.

Competitors can only manufacture and sell a generic product at a lower price after a patent expires on a branded drug. The term “patent cliff” refers to the revenue drop many companies with expiring patents will face. Global prescription drug sales could experience a loss of nearly $198 billion due to patents that will expire between 2019 and 2024.

While legal issues keep biotech professionals alert and watchful, many other risks exist that threaten the industry’s progress as a whole.

As mentioned, the average time frame to release a new FDA-approved drug to the public is 14 years. This lengthy pipeline eats away at patents and budgets, complicating an already complicated situation. During each of the four phases, developers conduct vast research, testing, and data submission before being allowed (by the FDA) to move on to the next step. Securing funding is challenging for biotech companies, let alone possessing the internal wherewithal to endure the extended process.

Aside from the random “HealX eccentric,” FDA approval is challenging to secure. Up to 36% of compounds drop out of the preliminary stage, 60% never make it past the intermediate stage, and 40% fail in the final stage. The numbers are grim, and yet, biotech companies don’t shy away from the challenge. The FDA reviews an increasing amount of new drugs each year, so the rewards of an FDA stamp of approval is highly pursued.

The soaring cost of healthcare creates plenty of challenges for biotech companies. It costs a pretty penny to be a part of the healthcare industry alone. Not to mention, the average cost to develop a new drug is $2.5 billion. Toss in the frequency of brushing shoulders with contended medical expenses, and it’s easy to see how biotech companies would struggle with the immense price tag.

Although innovative technology catapults the biotech industry forward, the reliance on digital data makes patient privacy a more significant concern. With the worldwide average cost of a data breach being around $4 million, protecting personal data is a top priority. Keep in mind that a trademark of clinical trials is to continually increase the patient testing pool, with cardiovascular trials involving the most patients. Even though increasing the testing pool makes for highly accurate outcomes, this puts more personal files at risk.

Even with a hefty pipeline, the biotech industry is anything but slow-moving. Instead, this market is rapidly changing, producing new technology and drugs at a fast pace 8. Regulatory adaption, however, is arguably behind. Regulatory bodies can’t keep up with the speed of the biotech industry. Undoubtedly, the lag leaves room for much gray area, confusion, and uncertainty.

Biotech companies deal with the unknown and unfamiliar daily. From novel drug compounds to new technology in the lab, production and safety are significant concerns. Unfortunately, bioterrorism has grown into a valid apprehension in recent years, as well. Having the capacity to manage these types of risks calls for unique solutions.

Navigating ethical issues in such an innovative industry has proven tricky more times than not. Many individuals accept popular biotech practices, such as gene mutation and crop cloning. Others view those practices as far too unorthodox and oppose them altogether. Biotech companies must be savvy in steering through ethical issues of this magnitude.

It takes hundreds of thousands of dollars to get a new drug from the R&D stage to FDA-approval status. Nevertheless, venture capital (VC) is rapidly pumping into this industry, while mergers and acquisitions create a driving force for biotech companies. The tricky part of securing funding is when to launch funding rounds.

For example, on the one hand, many VC and non-traditional investors favor biotech companies with several compounds in Phase 2 clinical trials. On the other hand, some investors are entering the investment game earlier in the pipeline to gain more company control.

Biotech industry executives deal with the critical risks of operating a business, such as the well-known “slip-and-fall” claims. What’s more, these executives face the added stress of making actionable decisions while navigating an emerging industry.

With increased regulatory pressure, ever-changing financial conditions, and unique PR exposures, directors and officers (D&O) insurance protects individual executives at the helm of on-demand operations. As standout coverage, D&O protects the company and its executives from particular claims made against them. Coverage includes defense against specific lawsuits and any subsequent judgment or settlement.

New technology, such as cloning and protein engineering, emboldens the biotech industry by keeping the engine of innovation purring. Instead of depending on traditional chemical compounds to produce new drugs, many biotech companies opt for the highly regulated and uncharted route of transformation.

While blazing a trail is revolutionary, it’s challenging to comply with laws and regulations that are continually changing. Plus, some rules are heavily outdated. Non-compliance means paying fines, fees, and penalties. Insurance supports biotech’s innovative approach by keeping a step in front of the regulatory bodies.

During the R&D phase and clinical trial stages, biotech companies use state-of-the-art equipment to develop novel treatments. Most of the time, this high-end equipment is fragile and not easily replaced — but productivity slows or ends without it. The insurance world understands the unique risks of biotech’s development model and offers solutions to help secure ongoing production. By providing reimbursement for the covered property that was damaged or stolen, insurance can also help maintain success.

Clinical trials involve significantly more patients now then they did a decade or more ago. Moreover, researchers gather digital information from each patient, storing it in digital files. With cybersecurity, the highest priority, insurers offer coverage to protect digital health records and personal data during clinical trials. This approach helps to secure the momentum of the clinical trials process. 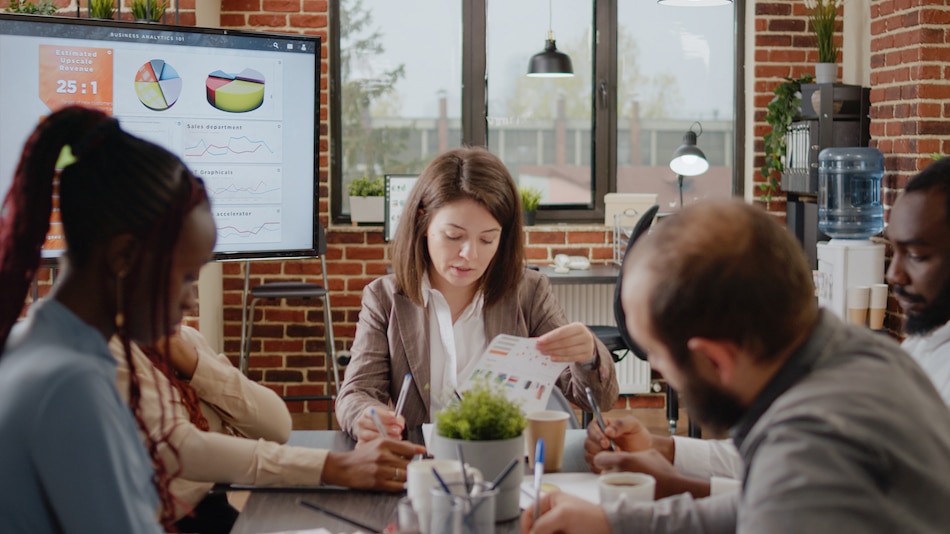 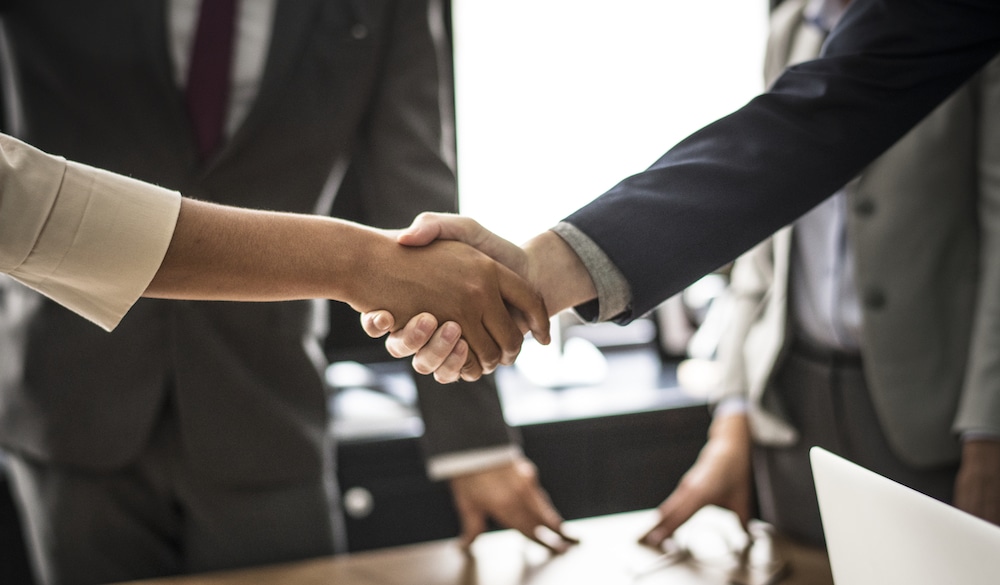 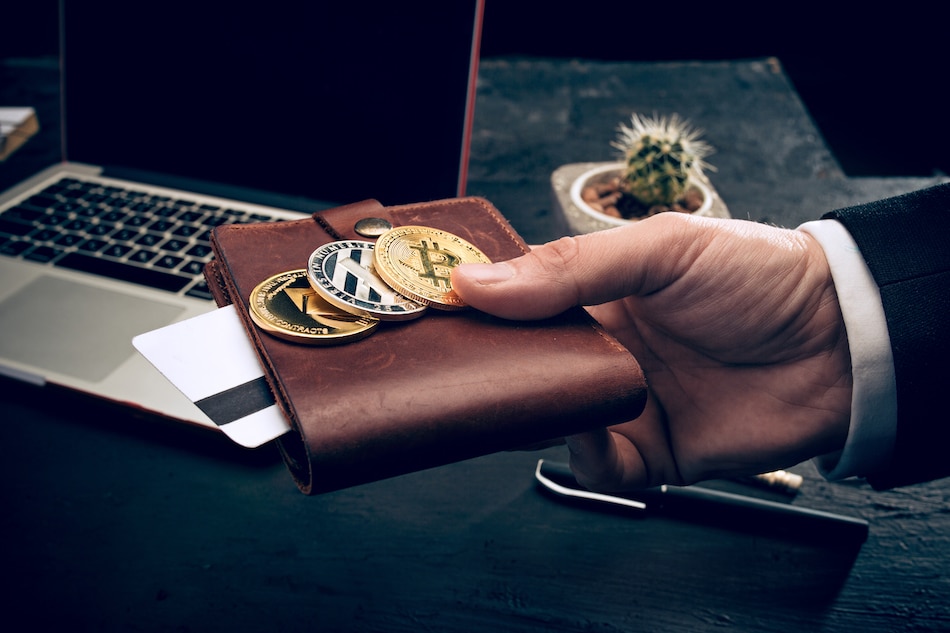 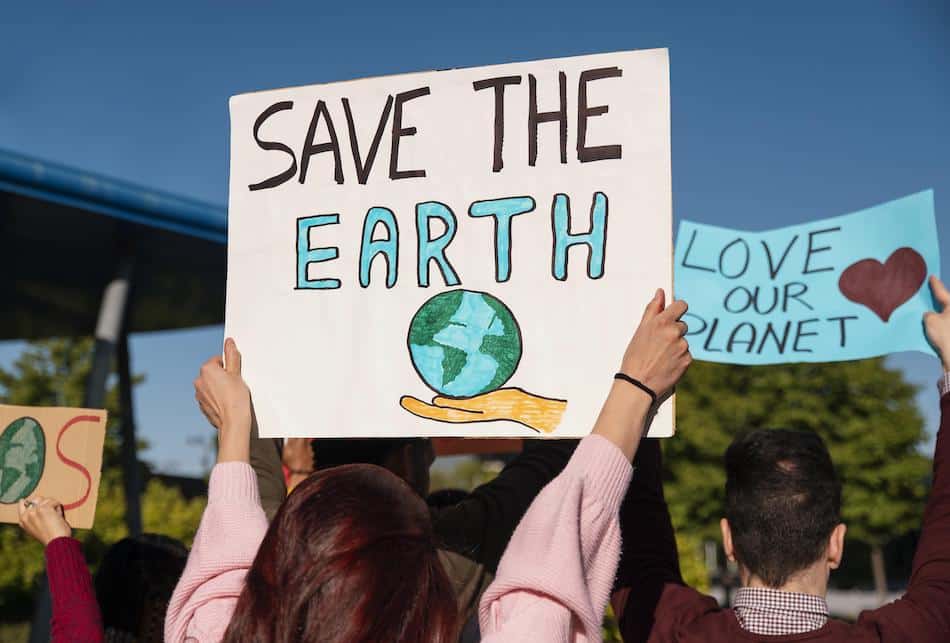 ESG issues change rapidly, especially over the past few years. Let’s look at how these shifts influence risk management now and in the future. 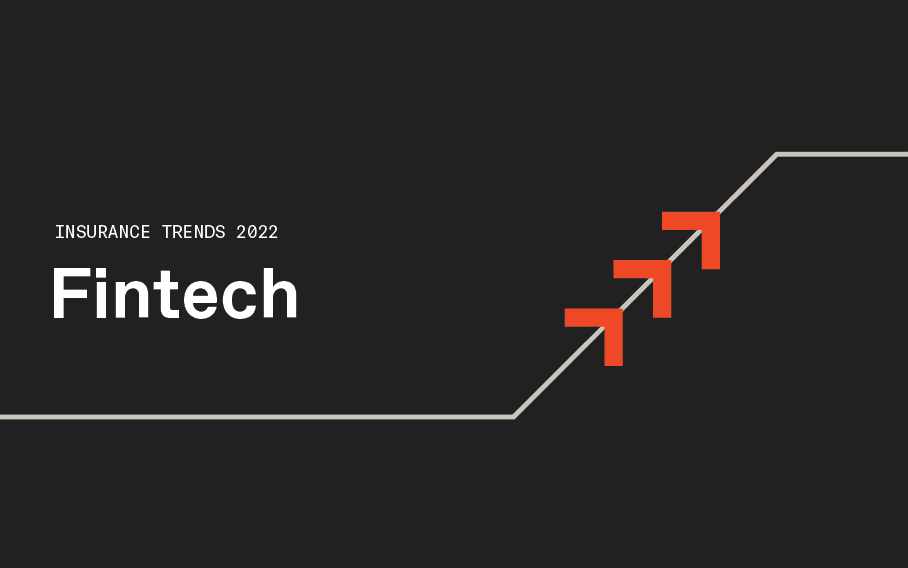 2021 was a transitional year for the fintech industry. Here’s a look at insurance trends that surfaced and what to expect in 2022. 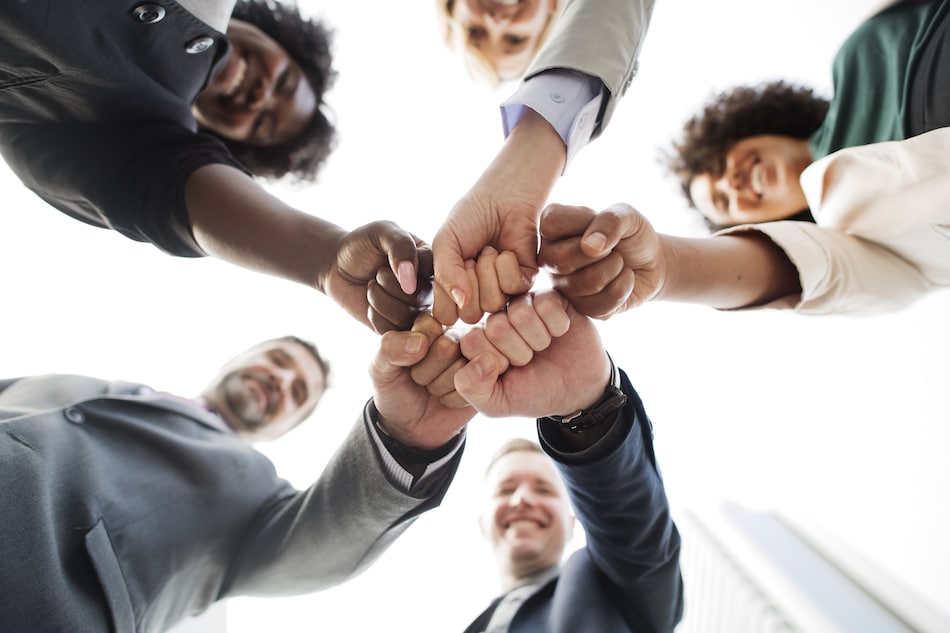