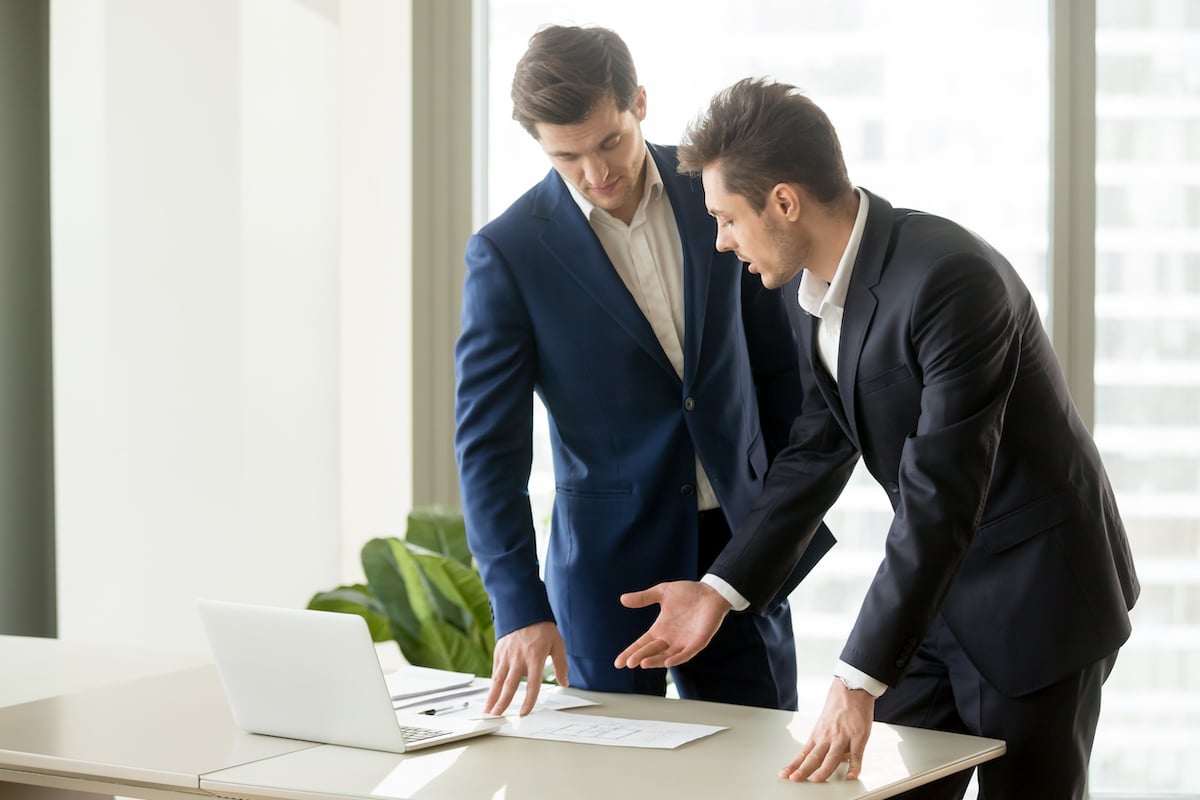 Directors and officers (D&O) insurance has evolved tremendously over the past several years. With claims against directors and officers on the rise, having a sophisticated policy is a must—with all your I’s dotted and T’s crossed. That said, the term “exclusions” is likely no stranger to you, but some insurance provisions are undoubtedly more complicated than others. This post will fill you in on the most widespread D&O insurance exclusions, as well as the ones that should serve as a waving red flag.

Before we jump headfirst into the details, let’s review what an exclusion is precisely. In short, exclusions are policy provisions that narrow the scope of coverage by excluding specific risks; they modify (by restricting) what the insuring agreement (also called the coverage grant) intends to cover.

Many insurance policies offer broad coverage. Exclusions carve away at the extensive coverage, leaving chiseled and highly specific areas of coverage. This strategy is how insurers manage their risk—by honing in on your company’s most blatant exposures.

D&O insurance exclusions aren’t evil by nature, although some founders often approach them with that mindset. Carefully examining exclusions will show you that some actually expand coverage by including something called a “carveback” — a sort of an exception to an exclusion.

For example, an exclusion saying “we won’t pay any claims for breach of contract” could be followed by a carveback that says, “…except for securities contracts.” Also, we won’t try to exclude coverage if the law says you would’ve been liable whether or not any contract even existed.”

So exclusions really create a fine-tuned policy that the insured and insurer work out together to develop the coverage plan. For that reason, it’s essential to know the commonalities of some exclusions  vs. the “red flag” nature of others.

Some exclusions are more prevalent in D&O policies than others. The following are some of the most popular ones. Typically, these shouldn’t make you balk. Keep in mind, though, one word or phrase can transform an entire policy. Review your D&O policy thoroughly—even upon renewal—to ensure you’re getting the coverage you need.

When directors and officers of a company fail to comply with a signed contract, it’s known as breach of contract. Contrary to what some might believe, this contractual duty isn’t upheld by law. Instead, it’s a voluntary obligation. As a result, insurers consider most breaches as having arisen from something other than an act, error or omission (also called a “wrongful act”) that the insurer is willing to cover. But remember, this type of exclusion can be overridden (often) if liability exists against the Ds&Os even if there was no written contract. This exclusion, therefore, may not be the end of the road for coverage.

D&O insurance policies aim to cover the capacity of specific members of company leadership while they are exercising their actual business judgment (or failing to do so when they should…). Therefore, many workplace situations that wind up as claims will fall outside of the D&O policy’s scope and under the coverage of different policies. For example, property damage is usually covered by a general liability (GL) policy and not written into a D&O coverage.

Although it might seem like a no-brainer, insurers don’t look kindly on insured directors and officers who cause damage to a business by gaining undeserved profit or advantage. Loyalty and integrity are qualifiers for the leadership of a company—even according to an insurance policy.

Employees may file a D&O claim if they believe the company has wronged them. Sometimes these claims don’t have a base, but still, cost in defense fees. Also, D&O insurance doesn’t always consist of this particular coverage, making it necessary to purchase an employment practices liability insurance (EPLI) policy.

Each industry upholds its specific laws, statutes, and regulations. Simply said, directors and officers have a duty of obedience to comply with these legal standards. If they fail to meet it due to negligence, they’re covered. If they cross the line into dishonesty, etc., coverage could be jeopardized.

The overall purpose of fines, penalties, and punitive damages is to punish wrong behavior. Many insurers don’t cover these fines because it would negate the meaning of the charge.

D&O insurance is typically written as claims-made policies, which means claims must be filed during the policy period to be covered. Any loss reported outside of this time frame—regardless of occurrence—won’t be covered.

D&O insurance holds directors and officers accountable for their words. This approach only makes sense as company leadership frequently must speak about other individuals. It’s not uncommon for others to interpret comments negatively, which often occurs during employee termination or in a company newsletter. Reception and interpretation are two things that no one person can force on another, so this exclusion plays into human nature, per se.

Many D&O policies exclude losses that arise from catastrophic hazards, such as war, environmental damage, nuclear events, or acts of terrorism (due to the September 11, 2001 attack). Sometimes the policy will include coverage carvebacks for shareholder claims, as well.

Aside from the typical exclusions you’ll find on a D&O insurance policy, a handful exists that might evoke a furrowed brow. Here are a few “red flags” that might seem dizzying.

It’s not uncommon for D&O policies to include one or more exclusions focusing on conduct. Policies usually exclude fraudulent or criminal misconduct as well as losses relating to illegal profit. However, subtle wording impacts coverage significantly. For example, what triggers the exclusion? Sometimes, these provisions require a final “adjudication” to trigger them—which often have different variations.

This exclusion is heavily litigated, even though it’s relatively common in D&O policies. It essentially excludes legal fees from directors and officers suing one another in collusive claims and infighting among senior leadership. Although you’ll typically see the insured vs. insured exclusion on a D&O policy, it could have several exceptions, or otherwise known as carvebacks. Not all carvebacks are bad, but they evolve quickly in the insurance world. So, your policy must include the right ones (for you).

Underwriters will sometimes hone in on a specific circumstance that represents a risk. If they’re unwilling to accept the particular exposure, underwriters will insist on an exclusion. Insurers call these “laser” exclusions. While they are often reasonable, of course, an ideal policy has zero laser exclusions. However, keep a close eye on how many laser exclusions the insurer wants writing into your policy. Too many provisions, and you’ll find yourself walking the tightrope.

Again, be mindful of the wording—especially before an initial public offering (IPO). Some exclusions are written to exclude activities that specifically occur before an IPO. In this case, the company would have to respond to any claims regarding these activities, rather than the policy.

While some exclusions are merely oddballs, others have been around for ages—but still serve as red flags to policyholders. The commissions exclusion coverage for claims arising from payments for the benefits of an agent or foreign government employee. We can thank the Foreign Corrupt Practices Act, instituted in the late 70s, for this particular provision. The good news is that it’s uncommon to see it flash across a D&O insurance policy.

Another bizarre provision is the failure to maintain insurance (FTMI) exclusion. Like the commissions exclusions, though, it’s also covered in dust. Strangely enough, this provision states that no coverage will be provided for claims against company leadership when they neglect to purchase or maintain insurance when it’s available. Underwriters have been more willing to remove this exclusion in recent years because of the self-insurance argument. But it still shows up from time to time on a D&O policy.

How to Get the Right D&O Coverage

Purchasing a D&O insurance policy, with all the appropriate wording in all the right places might feel like a wild goose chase. But keep in mind that “negotiating” with underwriters is frequently a part of the process. Too much going back and forth, however, is a sign that you need to work with different insurance professionals.

Remember, adjusting your D&O insurance exclusions so that all parties are happy is more about communicating company needs rather than swallowing the jagged pill of compromise. As a result, it’s best to work with an insurance professional who is an expert in your industry. No second-guessing or oddball exclusions will haunt your business operations when you have a tailored D&O insurance policy.