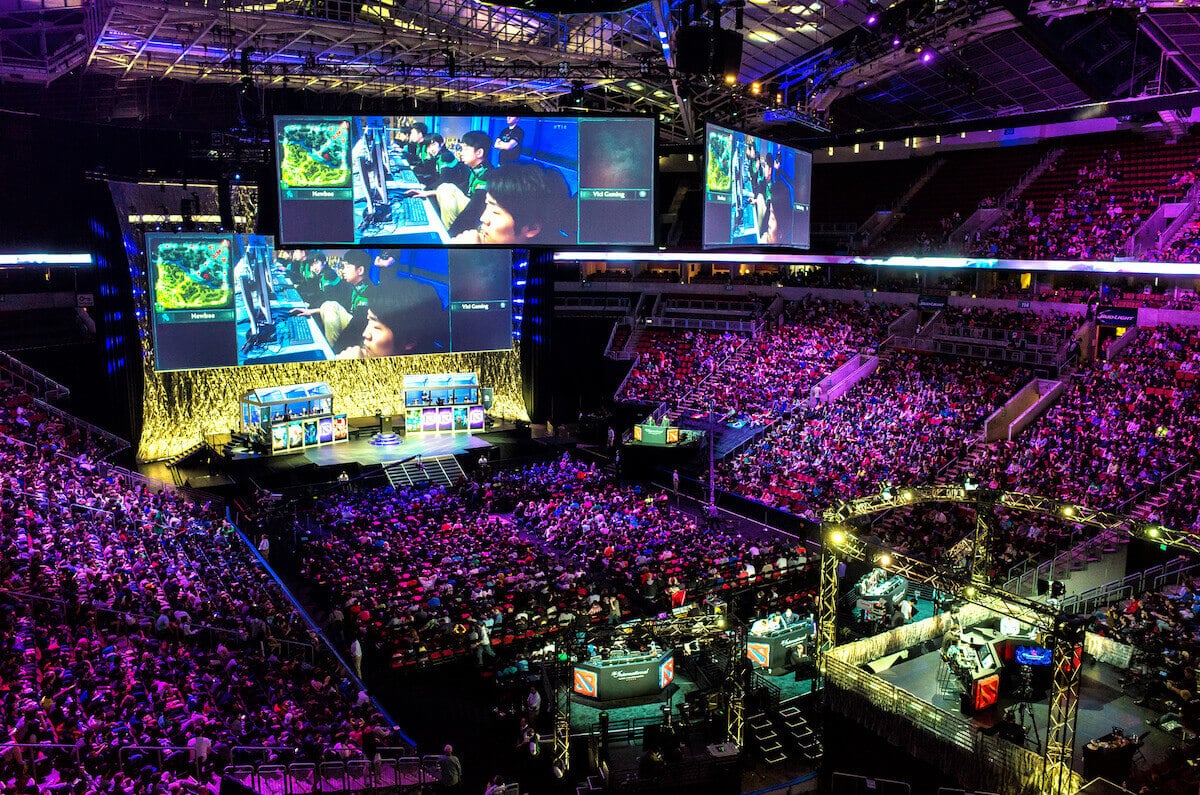 In 1972, Allan Alcorn probably had no idea that his few lines of code featuring two paddles bouncing a dot would blossom into a thriving and highly profitable industry. It’s honestly quite astounding, we see in numerous reports across the gaming industry showing that profitability and outlook in the industry are exceeding expectations. SuperData a Nielsen company reported in 2018 alone the industry as a whole netted $119.7B in revenue. And digital gaming is up 10% year over year!

E-sports which many can argue is the offspring of the digital gaming era, has also made significant strides. Prior to the 90s there were competitions and players did compete on various games. We saw events like the Nintendo World Championship (which by the way had custom cartridges made.)

And in later years events like QuakeCon which had a more traditional competition setup. When the 2000s arrived the industry developed rapidly with the PC Bang or the foundation of the first real Gaming Sports Leagues in 2010.

Esports industry has given birth to a plethora of new opportunities and markets in the space. The high-growth is not going unnoticed. In 2016, the Esports market was roughly valued at $493M. In 2018, we’re looking at $903M.

In the course of 3 years the industry has already doubled and as we look onward to 2021 expectations place the market at $1.6 to $3B depending on the projection. Below is a breakdown of the revenue streams for e-sports companies and individuals:

And it’s not just the gaming that is gaining attention. Since the inception of Esports leagues, we have seen professional sports teams investing in them alongside influential figures. Echo Fox was founded by former NBA-star Rick Fox, Rogue was funded by Steve Aoki, and Tony Robbins has given millions to Liquid.

A trend we’ve noticed in terms of financing for e-sports participants is the move from traditional funding like sponsorships to a venture capital like system with funding rounds and investors.

E-sports doesn’t just exist in the cloud, rapid growth has lead too more dedicated arenas popping up around the globe. In the US, Philadelphia is the focal point to a colossal deal housing Comcast’s $50M Arena dedicated to Esports.

It’s no wonder why we’re seeing huge investments in the US, E-sports viewership is increasing exponentially a poses a real threat to traditional sports. It’s even gaining on the NFL and some project it to take over in a few years. We’ve entered the era of Esports and the business is booming.

What risks do eSports companies face?

If you asked 30 years ago if there would ever be a risk involving directors and officers and Video Games, most people would tell you it was only possible at the level of the game developer. E-sports now consists of individuals forming teams with most times a controlling body or board of directors backing them.

With the prevalence of competitive tournaments and leagues teams function more like pro-sports teams with management structures (sorta like the NFL.) Essentially they’re operating as corporations, which can put a target on their backs for a whole host of lawsuits.

The hardest part of navigating insurance for esports is to know how it applies. Imagine your team is becoming successful and experiencing tremendous growth. Eventually, you get noticed and start talks to be acquired by a prominent basketball team as the capital they can offer will provide significant growth. However, there’s one problem you announced it to investors and the deal has fallen through.

Worst yet, you’re receiving a notice that an investor is now suing you because the company is now losing money. It wasn’t as profitable as it was prior to the announcement of the acquisition. This is where D&O policies present their value as it protects the insured from financial losses when you get into hot water. And if you don’t believe us ask Elon Musk.

Rick Fox and the recent news about Echo Fox are a prime example of why D&O coverage is a necessity within any esports insurance program. When an investor made racially charged remarks against Fox. He promptly departed, denied any involvement and moved on.

As a matter of interest, let’s say he decided to allege the major shareholder commit wrongful deeds and filed a lawsuit against the organization. Without any coverage, this claim could hit their balance sheet hard. Including placing the valuation of the team in jeopardy. It is critical for investors and teams themselves, to make sure they have a policy aimed to protect all parties.

The risks don’t just arise from investors. Take into account Tfue, one of the top Fortnite players on a team called FaZe. He recently has filed suit against his employer alleging they misrepresented the contractual agreement signed. Alongside that, he’s alleging a violation of California State law and more important issues with the salary he was supposed to be paid.

This is where Employment Practices Liability Insurance comes into play (which it is often bundled with D&O). One key point to be aware of is that traditional D&O/EPLI carriers often place an exclusion on Employee Contracts. That’s why it’s so important to work with brokers who understand the nuances of emerging industries like e-sports. At Founder Shield we work with innovative insurance carriers that develop specific programs for e-sports.

EPLI is increasingly important for Esports as there is an ever-growing risk around what happens when suits arise out of contracts signed by players. In the case of Tfue and FaZe.

What other insurance policies do Esport companies need?

Property, can be argued as one of the most important coverages needed for any player or team. Imagine a poorly secured hotel or an event setting in which your gaming hardware gets stolen. Theft is a pretty common risk in many industries but for Esports its impact is immediately because it is everything to teams and players. Property insurance coverage makes sure if something does happen you’re protected.

Key Person or Contract Frustration Insurance (CFI) is a relatively new item to recommend for Esports. It provides coverages for some of the worst “what-ifs” that can impact teams. Mainly what happens when someone pivotal to the organization passes away or becomes disabled. Not something we want to think about, but this can negatively impact operations. Because of that CFI policies kick in to allow new strategies or replacements to be found which are costly.

E-sports companies, particularly those who are involved with providing the technology behind it e.g. video streaming, games servers, etc. need insurance to cover professional liability and cyber exposures. No individual player in the space is free of exposure and it runs from the frontline gamers to even the platforms themselves.

There are many different revenue streams within Esports and one directly linked is streaming events or games. Viewers can simultaneously interact and with players and companies. Whether it be through “tipping” or exposure to ads. However, what happens when the platform goes down and directly impacts the revenue? It could fall under the Tech E&O or Cyber Liability policy.

Working with the right broker

How does Insurance impact the bustling economy of gaming and esports? While traditional brokerages will treat it similar to sports teams, from our experience in the startup and tech space we can tell you there are distinct differences. At first glance, it can be hard to spot the risks and pitfalls Esports Teams and players may have.

It can take time to find a policy that includes the needed coverages for your business. Founder Shield specializes in knowing the risks and how best to place E-sports insurances programs to make sure you have adequate protection. Feel free to reach out to us and we’ll walk you through the process of finding the right policies for you.

Want to know more about insurance for e-sports? Talk to us! You can contact us at ​info@foundershield.com​ or create an account ​here​ in order to get started on a quote.