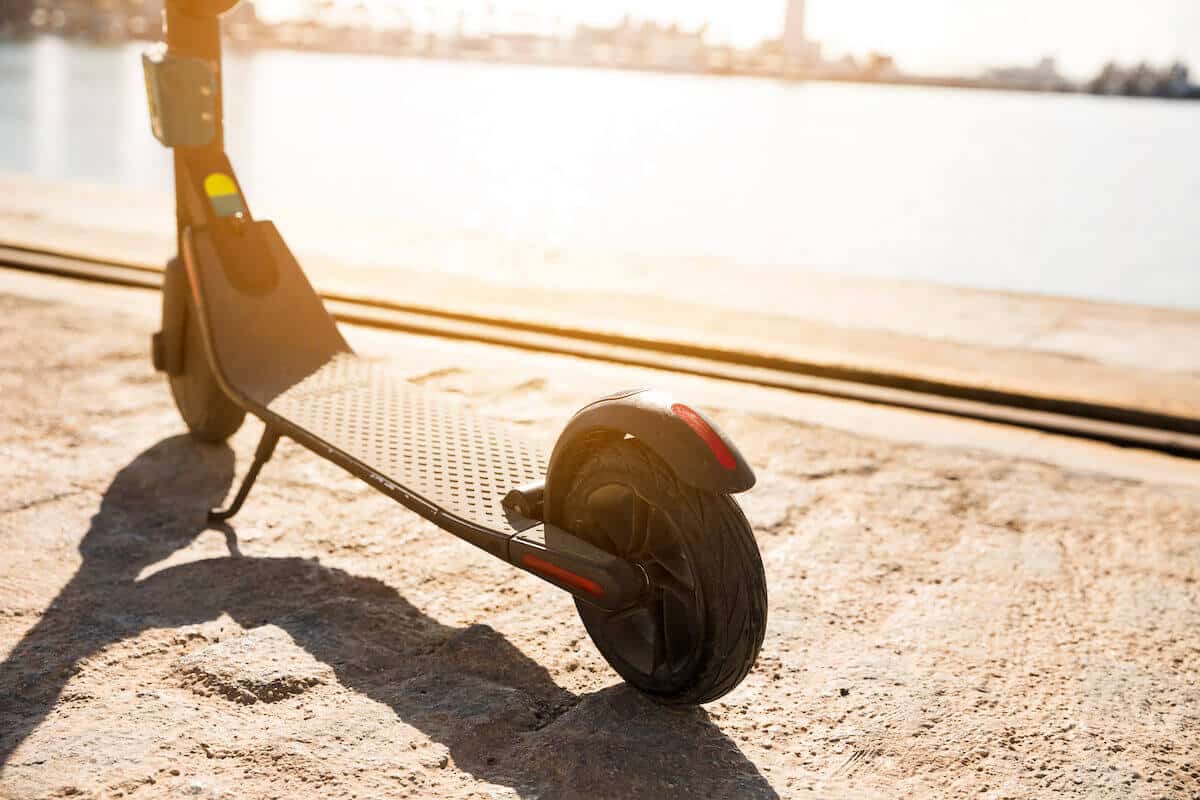 E-scooters and e-bikes have quickly blossomed into one of the fastest growing marketplaces in the US with astounding adoption rates for what is a new form of public transportation. Shared electric scooter rides accounted for 45.8% of all micromobility trips in 2018:

However, those e-scooter and e-bike operators have come to learn that operating a mobility-sharing business in most US cities means securing permits from the respective city officials. While permits may seem a bit dramatic, city government regulates public transportation.

And technically, micromobility and sharing economy companies offer alternative public transportation. As a result, these companies must have permits to operate.

Keep in mind; cities apply specific insurance requirements to companies for a valid reason. Mainly cities try to transfer risk and liability of micromobility operations to the private operating company, keeping the city itself free of responsibility.

As you may have guessed, insurance requirements are only getting more strenuous as time goes on. Also, cities launching pilots are looking toward examples on the West Coast, such as Los Angeles County, as the most tenured city to regulate the space.

For example, Bird, Lime, and other significant players who dominate LA (amongst other cities) can often enter new cities quickly for plenty of reasons. One primary reason is that they typically comply with insurance regulations in any city, giving them a competitive advantage when the permitting process begins.

Los Angeles County is often considered the birthplace of electric scooter share companies. After all, Bird not only used Santa Monica as its beta testing grounds but also calls it home base. As a result, Los Angeles County quickly accepted this alternative transportation and was the first to include insurance requirements on its operating permit application.

LA County has some of the most stringent insurance requirements on e-scooter companies, especially regarding required limits, which include:

In addition to the above requirements, micromobility companies must also have a 5M umbrella policy. This requirement means total limits of 10M per occurrence/aggregate on general liability, 6M HNOA, and 6M employee benefits. But… that’s not all they ask for!

Operators must also carry a 2M Errors and Omissions (E&O)/Cyber policy. While this policy may seem like an afterthought, it can be tricky to secure due to concerns around vicarious liability on the technology E&O.

No other cities in the US currently request micromobility companies to carry a more substantial amount of insurance than LA County. Which brings us back around to our point, that if you can comply in LA County, you can pretty much comply anywhere in the US.

The take-home message is that electric scooter share companies carrying higher limits and more robust insurance programs can “check off the insurance box” quickly when applying for a city permit. That way, they can focus more fully on the remainder Request For Proposal (RFP) process in each city.

Plus, this strategy increases their chances of having a clean and clear application with strong risk management practices, which can only help get your name to the top of the pile with city regulators. In the end, leading to a won permit and new city in which to launch their scooters or bikes.

When it comes to the permitting process for a city’s pilot program or initial launch of its select operators, compliance is the name of the game. Companies who’ve experienced the application process know very well that to receive approval from a city, your ducks must be in a row.

Plus, with so many US and overseas e-scooter companies popping up, it’s often a race to see who can garner the cities attention and approval the fastest. Companies who understand the process and compliance protocols for other cities often have the best chance of approval—they’ve jumped through these hoops before!

Insurance, of course, is one of the essential keys to landing a successful application. However, the list of requirements goes on, including:

Do you have a mobile app for frontend (rider) and backend (operator) usage, and does that application have the following capabilities?

Some of the most common safety requirements include:

Other than requiring some GL, insurance remains a constant headache for e-scooter operators. Among all city-designated requirements, insurance is consistently one of the most cost-burdening pieces without uniformity.

A tricky detail to navigate is that each city will apply and require differing levels of insurance, such as:

As you can see, nearly every city requires something a little bit different, which can create mounds of confusion.

For example, some cities want an umbrella policy to sit over casualty policies (GL and auto most often apply here). Others will only request excess liability limits coverage above the GL only. Nevermind the fact that the actual (total) limit of liability requirements differ at almost every corner!

To complicate things even more, some cities accepting applications may not even have requirements in place yet. Others can decide to restructure their permits, operators, and general requirements and request a re-RFP for all operators, such as San Antonio, TX conducted this year.

It’s safe to say that plenty of professionals view insurance as a necessary evil. However, in the e-scooter space, it can serve as a key to unlock one of the many doors needed for city approval.

For any company looking to launch in a primary city we would suggest the following:

For a secondary or tertiary city:

E-scooter pilot programs are sprouting up in cities all over the country. To launch a pilot city, officials will first research the environmental and safety implications. Also, officials will also request engagement and comments from the public.

Following those initial steps, a bill will be presented for voting to get the green light. Next, they’ll send out an RFP and invite e-scooter companies to apply for a permit. The pilots range from 3-6 months, after which officials will decide on whether to grant permanent business licenses.

Seattle, WA –  Announced in August, a robust public engagement process to build a community-driven electric scooter-share pilot program is planned for launch as early as Spring 2020.

Chicago, IL – Currently running a pilot that granted permits to 10 e-scooter operators. It’s due to end on October 15, 2019. The city will then review the pilot, and a decision will be made to grant permanent business licenses.

Phoenix, AZ – The pilot program was launched on September 16, 2019, and will last six months.​ The City Council will evaluate the program after three months into the program and again after the pilot’s conclusion.

Santa Clara, CA – The City is in the final stages of developing a regulatory and permitting program for the use of shared mobility devices (bicycles and scooters) within city limits.

For e-scooter and dockless mobility companies, understanding and anticipating permit requirements is critical to getting approved for pilots and permanent licenses. Among the laundry list of city compliances placed on the e-scooter operators, insurance continues to be toward the top of the list—with the limit of liability requirements ranging across a broad spectrum.

Remember, afforded permits are limited. Getting this application and compliance process right from the outset improves your chances of expanding to new cities drastically.

Navigating the “Chicken and the Egg” Situation for New Ventures

Complying with a city’s insurance requirements is one part of the overall permitting process. However, it is often the most burdensome requirement from a financial perspective. This situation can often create a “chicken and the egg” problem for new ventures in this space, such as:

All of these points create a self-fulfilling prophecy, whereby one party is looking at the other to take the first step. The result is a micromobility company with neither coverage nor a city in which to launch their operations.

How to Use Insurance as a Competitive Advantage

Instead of a burden or “chicken and the egg” problem, Founder Shield views insurance as an asset. Securing a reliable insurance policy is an excellent way for micromobility companies to take the first step. This bold step wins an advantage over the competition, and yet, the strategy doesn’t stop there!

The one-two punch is to 1.) purchase a policy with target cities in mind, and 2.) secure the limits required in the most stringent of those cities. This approach will allow the e-scooter or e-bike company to apply for their permit immediately. And that pesky to-do box for insurance? Check.

An enormous burden turned genuine asset; an insurance policy can help to transform and expand your micromobility company quickly. Essentially, this strategy removes a requirement from the permitting process, putting the company one step closer to securing the permit—ahead of the competition. Plus, you can factor the associated costs into the launch when contemplating the viability of the city.

Unfortunately, insurance has become one of the most considerable breakthrough barriers for new ventures looking to launch a shared micromobility company in the US. Founder Shield wants to change that by helping to protect clients’ growth, supporting them as they scale up.

When it comes to e-scooters, we feel it crucial for successful expansion and growth to consider your insurance policy as a key—unlocking the door to each city. Once that door is open, the entire process becomes much more manageable.

Want to know more about insurance for microbility and shared economy companies? Talk to us! You can contact us at info@foundershield.com or create an account here to get started on a quote.